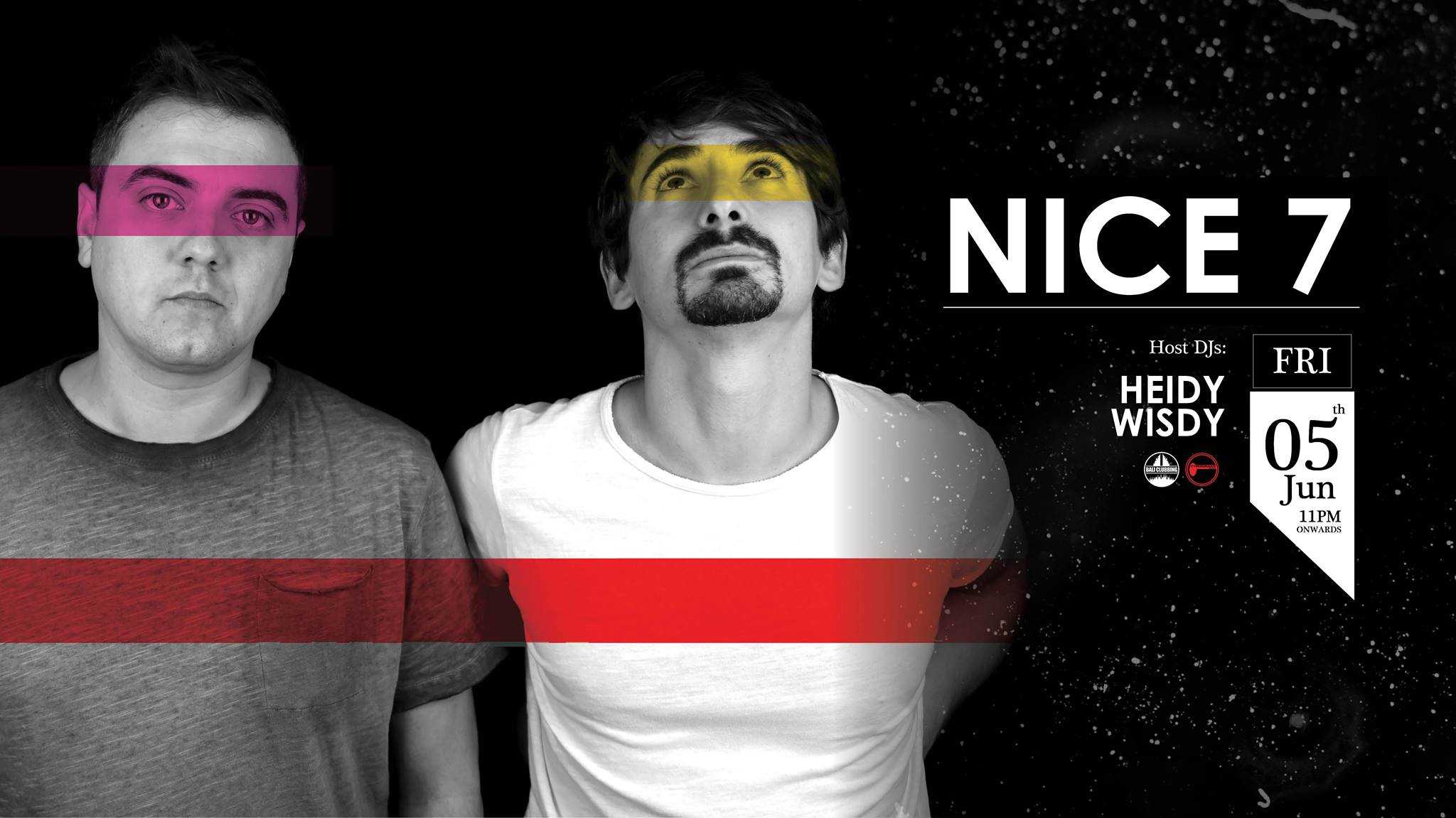 NiCe7 is a deejay and production partnership between Italy-based Nicola Daniele and Cesare
Marocco.
Cesare and Nicola started spinning in their teens, and joined forces in 2005. For almost a
decade now, they have been releasing original tracks and put out various remix works for
labels such as Noir Music,Defected, Suara, and Great Stuff. Their track “Point” on Gruuv Rec. was hailed as the best tech house record of 2011 at the
Beatport Music Awards.