Bali be prepared as we have exclusively secured the islands newest entertainment space and transformed it into one festive occasion that will be talked about for years to come! Already the go to hot spot in for Bali’s #1 sundowner experience – Skai Beach Club has its next prestigious event concept: the legendary DJ Yella of N.W.A.

Born and raised in Compton, CA, DJ Yella grew up listening to funk music and learned to play the drums. DJing in Los Angeles clubs as a teenager, he soon met Dr. Dre and the two became fast friends. Influenced by Grandmaster Flash, Dre and Yella formed the World Class Wreckin’ Cru in the early ’80s to capitalize on the new form of music Electro Funk capturing the clubs . After watching Run-D.M.C. perform in California for the first time, the two DJs were amazed to see them on-stage with nothing more than a DJ scratching records.They made a few records with the World Class Wreckin’ Cru, but financial problems resulted in Dre contacting high school friend Eazy-E .

Dre brought Yella into the group when a track they had produced and written for another group, “Boyz in the Hood,” was turned down by the rappers who were originally going to do it. They convinced Eazy-E to rap it and suddenly they had their first single. MC Ren came into the picture soon after and Wreckin’ Cru associate/lyricist Ice Cube was also drafted into the situation. They called themselves N.W.A. and crafted a hard-edged, angry sound that was highly influenced by Public Enemy, among others. Between their original singles and the recording of the classic Straight Outta Compton album, DJ Yella and the others worked on the single-promotions angle of the group while Ice Cube attended college.

Dre and Yella also worked on beats together, while they continued to try and convince Eazy-E to keep rapping because they liked his image. When Straight Outta Compton came out, the following media explosion planted the seeds of dissent in the group. Ice Cube asked Yella about working on a solo album with him, but when the group decided to concentrate on Eazy-E’s solo album first, Cube left the group due to financial misgivings . 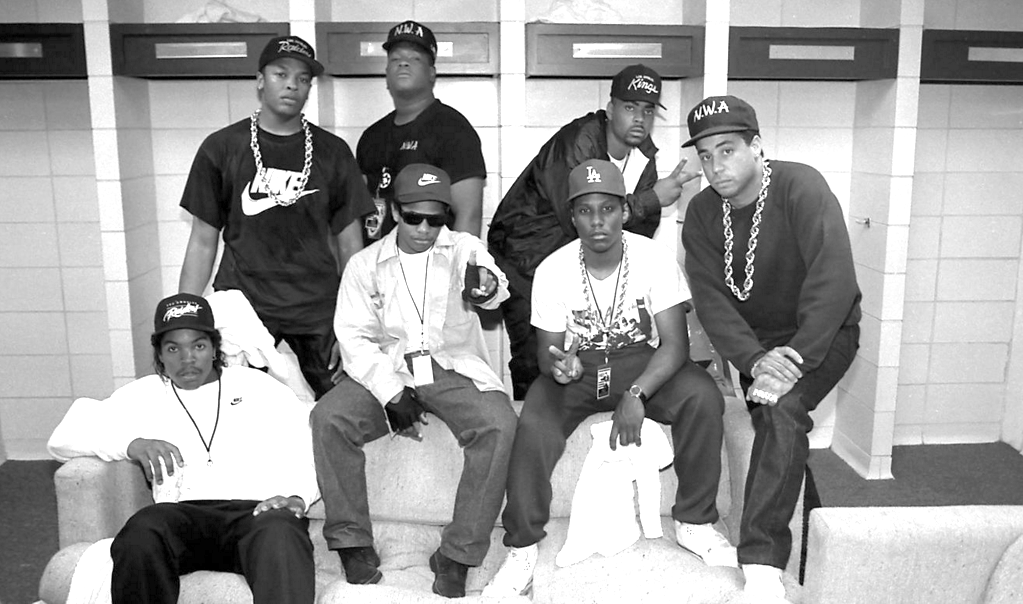 Their political edge disappeared with Cube and the group began to split apart when Eazy-E started writing his own lyrics and Dre and Yella’s production styles began to audibly clash on their material. Dre left the group over his contract with Eazy-E in 1992, leaving MC Ren to wander off on his own while Yella and Eazy-E agreed to continue working together. They didn’t collaborate often, but in 1994 they worked on material that would eventually end up on Eazy-E’s Str8 off Tha Streetz of Muthaphukkin Compton and Eternal E albums. At this point, Yella’s contract with Eazy’s Ruthless Records had run out, but his loyalty to his former boss prevented him from leaving his side. Eazy-E died three months after those recording sessions, with Yella claiming he was the only N.W.A. member to attend Eazy-E’s funeral.

After Eazy E’s funeral Yella went on to release a solo album in 1996 called One Mo Nigga ta Go reaching no.23 in the US charts. After this record he retired from music to embark on a long and successful 12-year career directing and producing Adult Films with Adonis’ nan. Yella has credited himself with producing over 300 adult films. DJ Yella returned to the music industry and released a new album, entitled West Coastin’, which was released in the summer of 2012, reigniting his friendship with his former NWA members , thus contributing to the BIO film script : Straight Outta Compton and is now touring the World telling his West Coast Story via his DJ sets !!!